On 6 September 2018, the Administrative Court handed down its judgement in the case of the Queen on the application of KBR Inc v the Director of the SFO [2018] EWHC 2368 (Admin), which addressed the extraterritorial ambit of the Director’s power, under section 2(3) of the Criminal Justice 1987, to require the production of documents relevant to an investigation by his office. The Court concluded that section 2(3) did permit such requests to be made of foreign companies which have a “sufficient connection” to this country. But there are reasons to question whether that will be a final answer to that question, given the very different approach adopted by the Supreme Court to an attempt to extend beyond the UK the ambit of information notices under section 357 of the Proceeds of Crime Act 2002 in Serious and Organised Crime Agency v Perry [2012] UKSC 35. At the very least, given the scope for judicial review of the use by the SFO of section 2(3), it is reasonable to anticipate that KBR is unlikely to be the end of controversy as to the use of that power in the modern global financial market.

KBR Inc. is a company incorporated in the US and the ultimate parent company of a global network of subsidiaries. These include KBR Ltd., a UK-based company which is under investigation by the SFO. In April 2017, the SFO issued a notice under section 2(3) against KBR Ltd, to which that company responded drawing a distinction between documents held by that UK-based company and documents held overseas by the wider KBR group. This resulted in a further notice in July 2017 but which sought material not just held by that company but from KBR Inc. This was the subject of challenge by judicial review, on the basis that section 2(3) did not operate extraterritorially to require a US company to hand over documentation that was held outside the UK. On behalf of the SFO it was argued that given the almost inevitable international element of most SFO investigations, and the multinational nature of many companies involved, the clear purpose of the section would be defeated by such a UK-centric approach.

In the course of his judgement, Gross LJ made reference to and considered the application of the decision of the Supreme Court in SOCA v Perry. Before considering how the Administrative Court did so, and whether its analysis is likely to withstand scrutiny in the future, it is worth considering what the Supreme Court decided, and why it therefore has a direct relevance to the issue that Gross LJ was addressing.

Mr Perry had been convicted of fraud offences in Israel. SOCA commenced proceedings in the UK for a civil recovery order, under part 5 of the Proceeds of Crime Act 2002 (‘POCA’). The Supreme Court was considering both information notices, under section 357 of POCA, and property freezing orders issued under part 5 of the same Act as part of the SOCA investigation. It is their analysis in relation to information notices that is potentially of direct relevance to the consideration of section 2(3). Section 357 (in conjunction with section 359) confers on SOCA, amongst others, the power to impose on persons a positive obligation to provide information or produce documents relevant to their investigation. In this particular case, those information notices issued against Mr Perry and members of his family, none of whom were either resident or domiciled in the UK.

Although there was an absence of unamimity amongst the members of the Supreme Court as to the extraterritorial potential of property freezing orders, the Supreme Court was of one mind in finding that information notices under POCA were limited to those within this jurisdiction. Their reasoning is informative, and was aptly summarised by Lord Phillips (at para.94), who observed: “No authority is required under English law for a person to request information from another person anywhere in the world. But section 357 authorises orders for requests for information with which the recipient is obliged to comply, subject to penal sanction. Subject to limited exceptions, it is contrary to international law for country A to purport to make criminal conduct in country B committed by persons who are not citizens of country A. Section 357 , read with section 359 , does not simply make proscribed conduct a criminal offence. It confers on a United Kingdom public authority the power to impose on persons positive obligations to provide information subject to criminal sanction in the event of non-compliance. To confer such authority in respect of persons outside the jurisdiction would be a particularly startling breach of international law. For this reason alone I consider it implicit that the authority given under section 357 can only be exercised in respect of persons who are within the jurisdiction.”

How does KBR sit with Perry?

Gross LJ recognised that the approach of the Supreme Court in Perry  had to be addressed in answering the question of the extraterritoriality of section 2(3). He rightly identified a number of important factual and other differences:

There are, arguably, a number of difficulties with distinguishing Perry in this way. Amongst the concerns at the heart of the Supreme Court’s rejection of the extraterritorial ambit of POCA information notices for which SOCA contended were the fact that, as Lord Judge said (at para.183): “there is nothing in section 357…to indicate that it was intended that a notice under a disclosure order could be given to a person outside the jurisdiction”, and because section 357 carried with it a criminal sanction in the event of non-compliance (as Lord Phillips’ observations at para.94 of the judgement, quote above, make clear). There is at least an argument for saying that each of those concerns also arises in relation to the extraterritoriality bestowed on section 2(3) by the Administrative Court’s decision in the case of KBR Inc., and that the underlying rational in Perry therefore renders the decision in KBR Incvulnerable to future challenge.

Section 2(3) does not, on its face, assert any extraterritorial ambit, any more than section 357 of POCA did. The principle of international comity is described by Lord Mance in Masri v Consolidated Contractors Int (UK) Ltd (No. 4) [2009] UKHL 43 (at para.10): “Unless the contrary intention appears…an enactment applies to all persons and matters within the territory to which it extends, but not to any other persons and matters…”. Gross LJ (at para.70) recognised this principle, but he considered “a careful consideration of the context, the underlying policy considerations and the overwhelming case for s.2(3) having at least some extraterritorial application, would compel the answer that there was no jurisdictional bar precluding the SFO from giving a notice to any foreign companies in respect of any documents held abroad, regardless of their relevance to an investigation into a UK company, and regardless of the degree of connection between the foreign company, the UK and a UK company.” However, it could equally be argued that the pragmatic desire to make SFO investigations effective ought to be outweighed by the absence of anything in the wording of the provision which would permit that pragmatic desire to be brought into effect.

The argument that such extraterritorial construction is necessary to make SFO investigations effective also proceeds on the assumption that there is no other means by which the SFO could make a request for documents held in another jurisdiction, or that such a lacuna could be exploited by multinational companies that move material abroad when they become aware of an investigation against them. It was submitted on behalf of KBR that such contentions ignored the fact that MLA was available in such circumstances, and that there were sanctions within section 2 of the CJA 1987 to address such evasive action.

Gross LJ addressed the MLA argument (at para.77) when he said: “To begin with, the construction given to s.2(3) cannot vary, depending on whether MLA is available or not. If KBR Inc is right, then although the SFO would be able to pursue the documents by way of MLA in this case (given the arrangements in place with regard to the US), the SFO would be without a remedy as to documents held by a foreign company abroad if that company was based in a state with which there were no MLA arrangements. For my part, I do not think that Parliament is likely to have intended such a result. Secondly, the CJA 1987pre-dates the crucial MLA arrangements (discussed further under Issue II below). In the circumstances, I do not see how those MLA arrangements can impact on the true construction of s.2(3) , whatever their impact on the exercise of the Director’s discretion under that section”.

However, this argument is predicated on it being Parliament’s intention that section 2(3) ought to have extraterritorial effect, which it had not indicated through the wording of the section as the principle of international comity would otherwise have required. Moreover, a counter argument could be that MLA arrangements would be unnecessary if provisions such as section 2(3) can be said to have extraterritorial effect because that will make them more effective. Moreover, the developing range of mechanisms that Parliament has brought into effect, most recently the Crime (Overseas Production Orders) Bill, which concluded its House of Lords Committee stage on 10th September 2018, would also be unnecessary if its intention had been that earlier statutory powers already provided the necessary extraterritorial reach. It might equally be argued that the use by the SFO over the years of MLA itself, and in more recent times of European Investigation Orders does not evidence a confidence that section 2(3) renders their own use of such measures otiose.

In terms of the risk that a lacuna might encourage multinationals to move documents to thwart the SFO, such conduct is already subject to sanction under section 2(16) of the Criminal Justice Act 1987.

The more worrying consequence of the interpretation of section 2(3) reached by the Administrative Court in KBR is the extension of the criminal sanction that attaches to a failure of compliance with a notice issued under that section. This is because failure of compliance with section 2(3) carries criminal sanction every bit as much as section 357 of POCA. It follows that the central concern in Perry, namely that it was contrary to established principle for country A to criminalise conduct by a citizen of country B in country B. Here, the jurisdictional extension identified in KBR would make it an offence for a citizen of country B to fail to produce documents that are also held in country B at the request of country A. This would have potential practical implications where, for example, legal counsel for or an executive officer of a multinational a subsidiary of which is served with a notice, enters this jurisdiction to meet with the SFO in connection with that notice. Alternatively, the KBR Inc approach provides an incentive for such executives to stay away from the UK, so that notices cannot be served on them, or sanctions taken against them.

Such ramifications were to the fore when the Supreme Court rejected extraterritoriality in Perry, and yet received far less attention from the Administrative Court in KBR Inc. It is arguable that this may prove to be the pressure point for future challenge to the ambit of section 2(3), which the decision in KBR Inc may prove not to have put to rest. 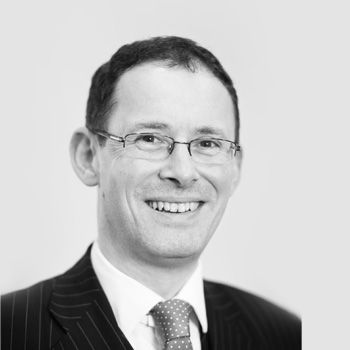 I would have written a shorter skeleton argument, but I did not have the time…

Criminal offences and the inherent jurisdiction: a necessary evil?